We were first friends.. We were very close and were very comfortable with each other. Then suddenly our feelings changed. I started to miss him when I didnt talk to him.. He started to call me more often..

I was thrilled! So in March we were officially engaged, in July, we were married..

I decided to republish this entry because... well, because it's my blog!! hehe.. anyway, for those of you who have read this, thank you so much, for those who havent, feel free to..
Take Care!!


(this entry was writen on Nov 19, 2009)
~
~
~
~
No, this is not those kind of post where I ramble about how people are different and everyone has their own unique characteristic and that's what makes the world a better place to live in..
This post is about my birthmark. Yup I have a distinguish birthmark on my right arm. 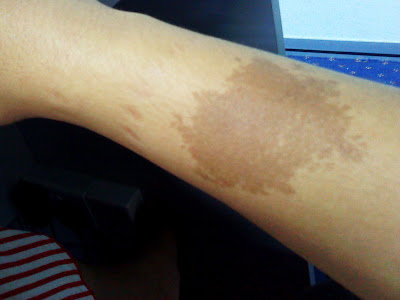 When I was little, the mark was smaller, rounder and darker (maybe because I was fairer back then). I was somehow conscious about it in school since everyone kept on asking about it. They asked questions like "apa tu?" or "kena air panas ke tu?" or "eh, tangan ko kotor aa.."
A boy called me 'si tompok' at school. Crazy, irritating boy! He would gather his friends and started shouting 'OI SI TOMPOK!!' from across the school field. (OMG! I hated that boy so much!!)
At one point, I wanted to wear long sleeves all the time to cover it. I was tired of hearing questions and remarks about my birth mark. I might have mentioned it to my mom and being a wonderful, beautiful mother that she is, she started telling me how I'm one of the luckiest girl in the whole world because I was born with that mark on my arm.
"Kalau hilang, mak nak cari senang.. takyah cari susah2.. tengok tangan je dah tau anak mak yang mana satu.." she said with that great smile of hers. "Lagipon, mana ada orang lain yang dilahirkan dengan jam.. only u.." she would add. That restored my self esteem. I started drawing numbers and strap on my arm. When anybody asked about my birth mark, I would show them gladly and said "this is my watch. I was born with it!".
My dad, a loving father that he is would hold my arm and 'analyse' the mark and started to tell me how the mark looks like the map of Australia, Singapore or any other country that he can conjure at that moment.
Time passed and I managed to turn a deaf ear to all the remarks about my precious mark. In fact, I have forgotten about it until the day I went to a cabin crew interview with Malaysia's full service airline. After passing all the stages, including the grooming test, after waiting for more than 7 hours, the head interviewer called me up and told me that I would have to surgically remove my birth mark if I really want the job. In my heart, I was cursing him. F him. Never in this lifetime would I remove something I regard as special on my body. So I said to him, its ok, I'm not that desperate. I'm sure other airlines can look beyond my birthmark and notice my potential.
So off I went to another full service airline from Singapore and Dubai. The airline for Singapore accepted me but told me to cover it with foundation or concealer every time before flight. Because of that experience, I 'declared' my birth mark during the early stage of interview with the airline from Dubai. And surprisingly, all I got was a puzzled look. The head interviewer said with raised eyebrows, "So?". An international airline, among the highest paying airline in the world is not even slightly bothered with what everyone else think as a birth defect. I got in despite of the birth mark.
Well, anyway, time passed and once again I sort of forgot about it. I didn't even notice it anymore. And I realize that when I don't think about it, people don't think about it.
But yesterday, when I was in the 'kamar kecil', idly, I looked at my right arm. And realized that I have forgotten about my birth mark! Seriously my heart skipped a beat. As though I was seeing it for the first time. I have forgotten about something that makes me different from anyone else..
So today, I'm appreciating my birth mark again. I'm glad I have it. I'm never gonna be me without it.
Again, after more than 20 years, I'm wearing the watch that I'm born with... 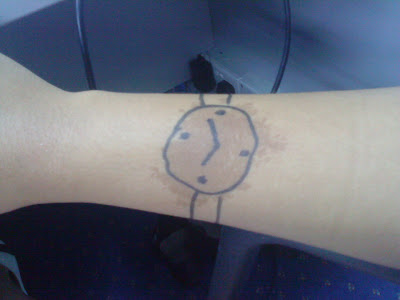 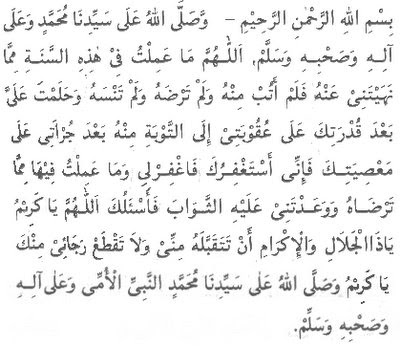 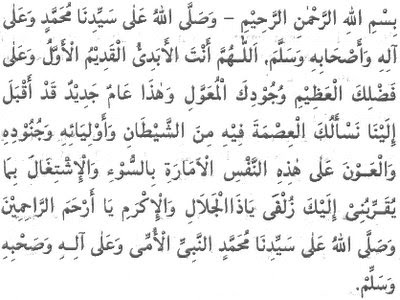